In the month of February I went to Delhi as I had to finished some work in Chadni Chuak... After finishing my work I got chance to visit the Old Fort of Delhi and I have not miss the chance...

The Old Fort of Delhi, which is also known from the past as Purana Qila, is a large for that was built in the middle part of the sixteenth century by Sher Shah Suri. This was built after he had defeated Humayun and then conquered the city of Dinpanah. The fort was constructed with red sandstone and was made as a home for the ruler of the land to use. This is a key reason as to why the fort has a combination of both Afghan and Hindu influences in its design.

The fort had been out of use after Humayun's death because Humayun slipped on a stairwell in the Old Fort in 1556 and later died from his injuries. This caused some to believe that the fort was cursed.

The fort features a large build that is more than two kilometers in length and has walls that are at least eighteen meters in height depending on where they are located. There are many square pillars around the fort. The Afghan accents in the fort include a series of domes and arches around many points of the fort.

The three main gates around the Old Fort are very attractive. These gates feature three chhatris on their top spots. These spots are easily noticeable in that they are accents that take up around two stories each. The Forbidden Gate chhatri on the northern gate features a unique carving that features a series of lions in marble.

A beautiful mosque is also located inside the fort. This is the Quila Kuhna Masjid mosque. It features a combination of white marble and sandstone.

The Sher-Mandal is another great point in the fort. This octagon tower features a large plasterwork that was designed by Sher Shah Suri and was used by Humayan as his library. This is believed to be where the stairwell that Humayan fell down on is located. 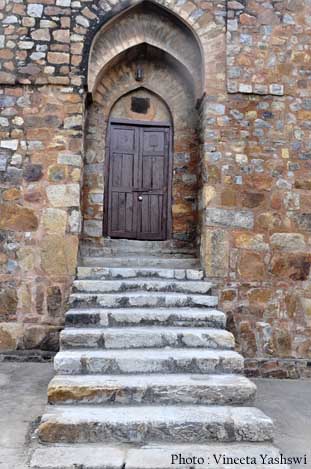 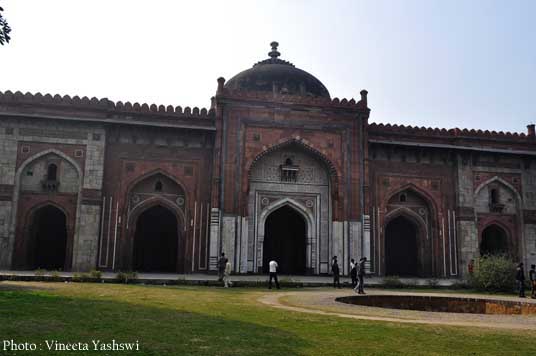 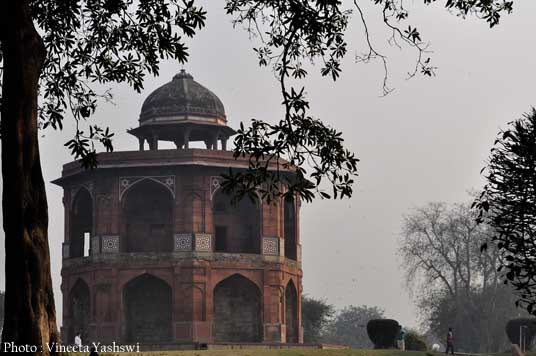 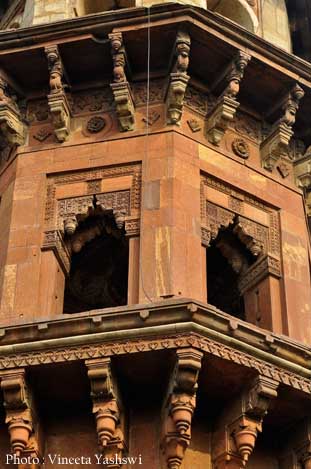 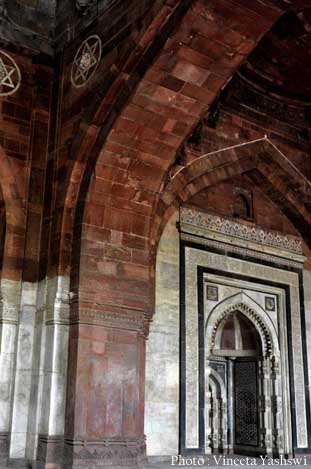 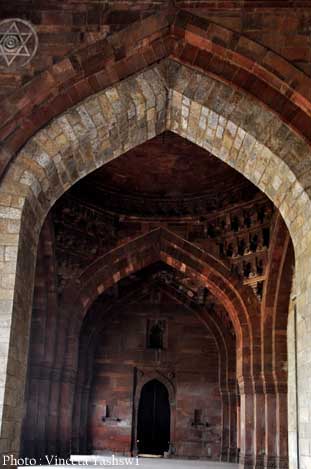 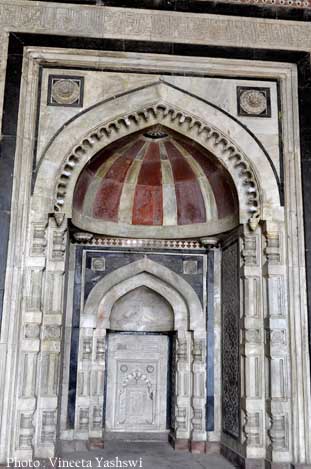 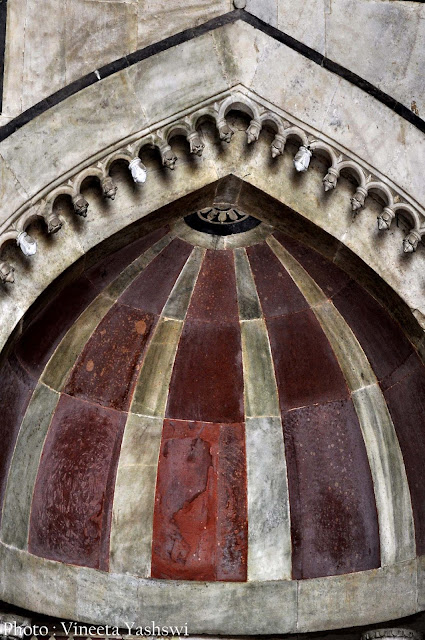 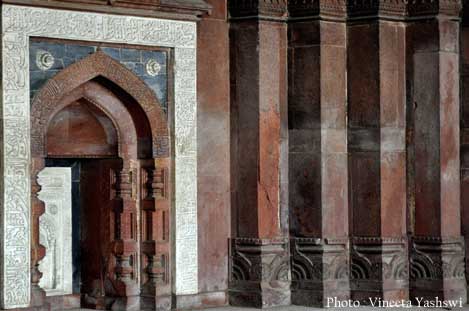 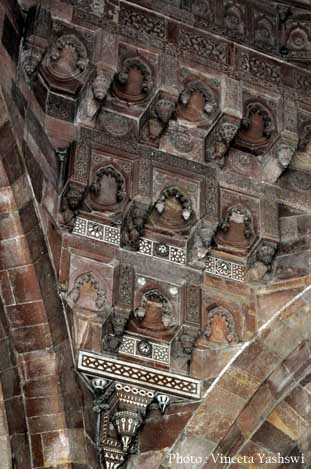 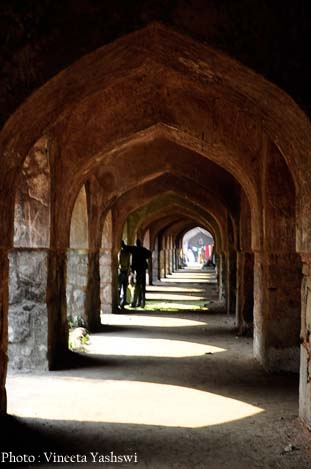 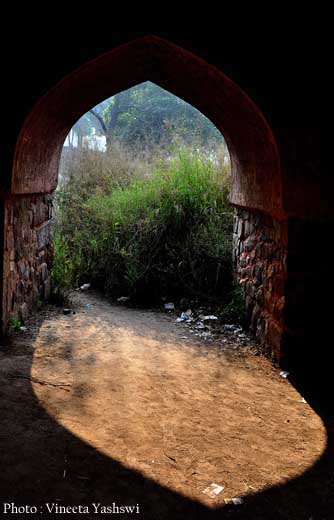 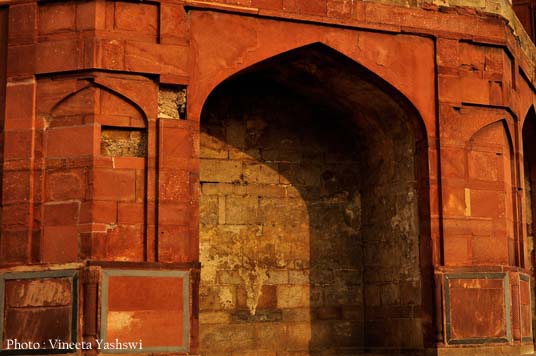 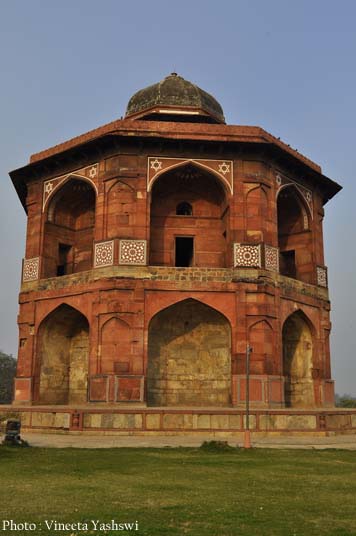 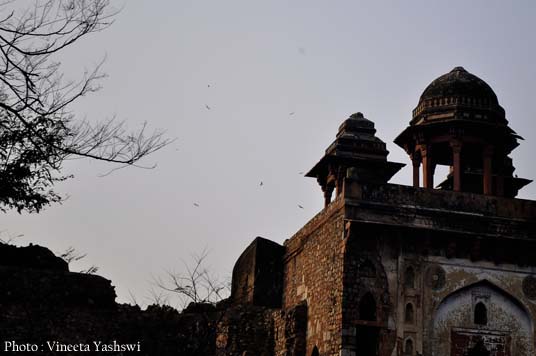