Dev Prayag is the confluence of the two holy rivers, the Bhagirathi and the Alaknanda. It is the first prayag on the way to Badrinath. After this confluence, the river is known as Ganges. The holiness of this place is considered equal to the famous Triveni sangam confluence at Allahabad where the Ganges, Yamuna and Saraswati rivers joint together.

Bhagirathi flows with strong currents and meets with calmer river Alaknanda. The confluence got the name tag 'Dev' from a poor Brahmin called Deva Sharma who performed “rigorous religious austerities” here and was blessed by Rama, Vishnu’s incarnation and hero of the epic Ramayana. There are two Kunds or ponds on the banks of the rivers which join here, these are: the Vasistha Kund on the Bhagirathi and the Brahma Kund on the bank of the Alakananda. Legend also mentions about this site being Vishnu’s navel and that Brahma meditated here.

The many legendary kings who did penance here were, Rama - to atone for his sin of killing the demon-king Ravana, a Brahmin - as well as his father Dasaratha. Legend also states that Vishnu entreated the demon-king Bali for 3 steps of land here. Legend also states that Rama, before attaining salvation, vanished from here. Vaishnavites consider it as one of the 108 Divya Desams (sacred abodes of Vishnu) for undertaking a pilgrimage during their lifetime.

A famous temple dedicated to Rama called the Raghunath Math is located above the confluence. A 15 ft (4.6 m) high, black granite image of Rama is worshipped here as the central icon. It is believed to be installed in the temple about 1250 years ago. A Shiva temple is also located nearby.

Ancient stone inscriptions have also been traced here. The stone inscriptions dates the temple’s existence to the first century AD. The temple, which is 72 ft (21.9 m) in height, has a quadrilateral pyramidal shape with width narrowing towards the top of the temple tower. The top is surrounded by a white cupola. The sloping roof over the cupola is supported by wooden pillars. The roof is made up of copper plates adorned by plated ball with a spire. An image of Garuda (a mythical bird in human form with a beak and wings to fly, which is the vahana or vehicle of Vishnu). On the festive days of Ram Navami, Vasant Panchami and Baisakhi, which are special occasions at this temple, the god is placed on a stone thrown for worship. A stair way from the temple of Deva Prayag of Panch Prayag, leads to the confluence of Bhagirathi and Alakananda rivers where a distinct demarcation of the churning muddy stream of Alakananda mix with the saffron clear flows of Bhagirathi is seen to evolve as Ganges, the holiest river for Hindus. Brahmins and pilgrims feed the fish specie Cyprinus denticulatus (4–5 ft (1.2–1.5 m) length) at this site. 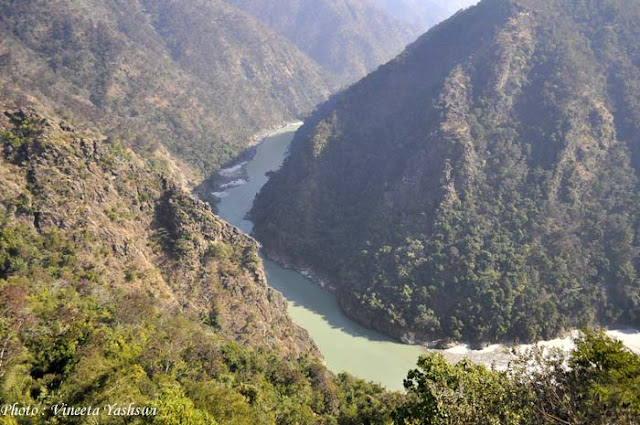 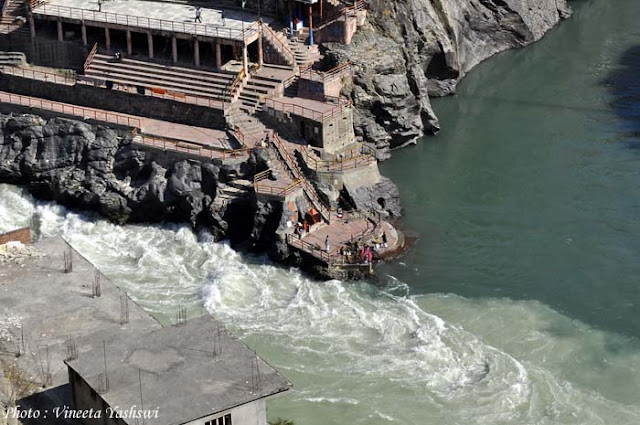 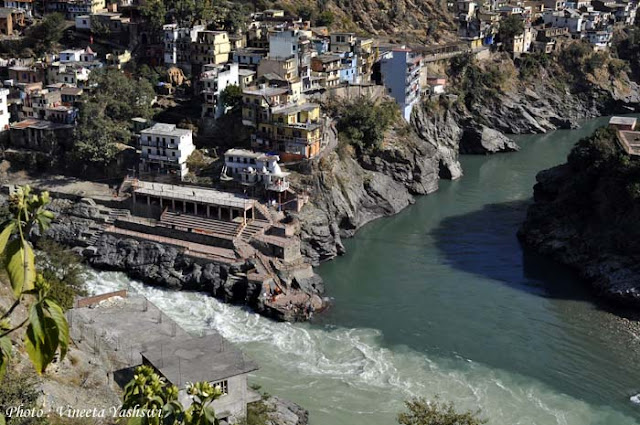 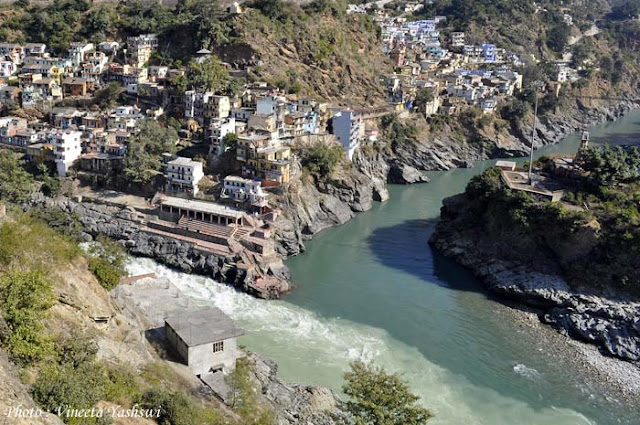 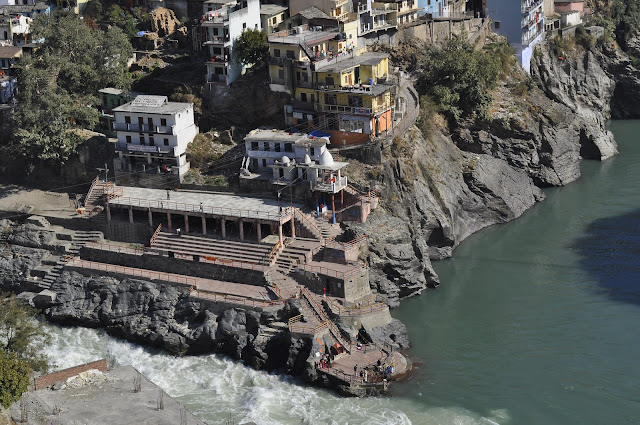 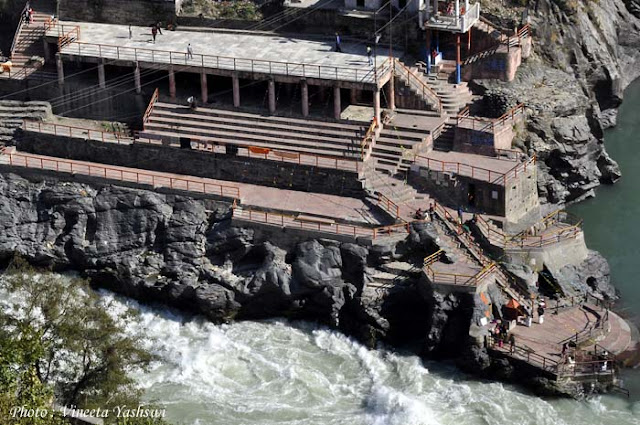 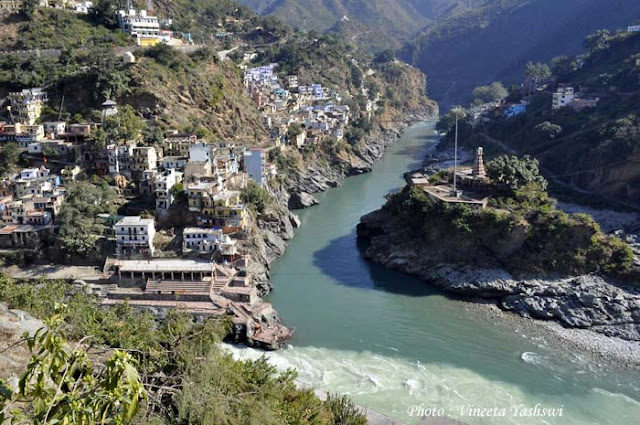 Posted By Vineeta Yashsavi at 14:19

Email ThisBlogThis!Share to TwitterShare to FacebookShare to Pinterest
Labels: Devprayag